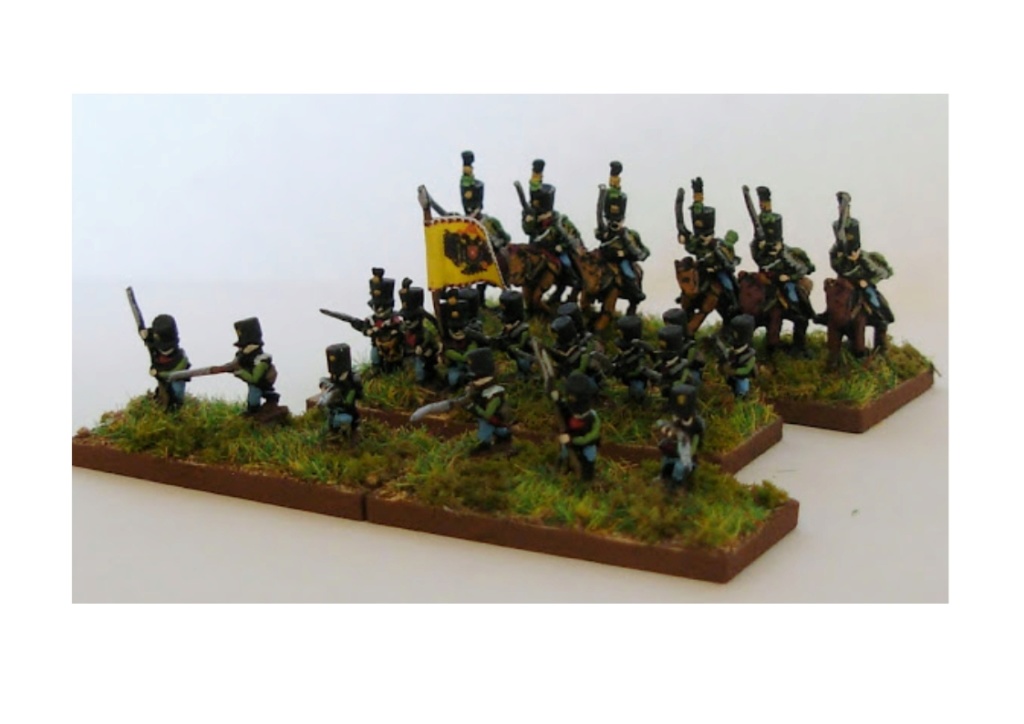 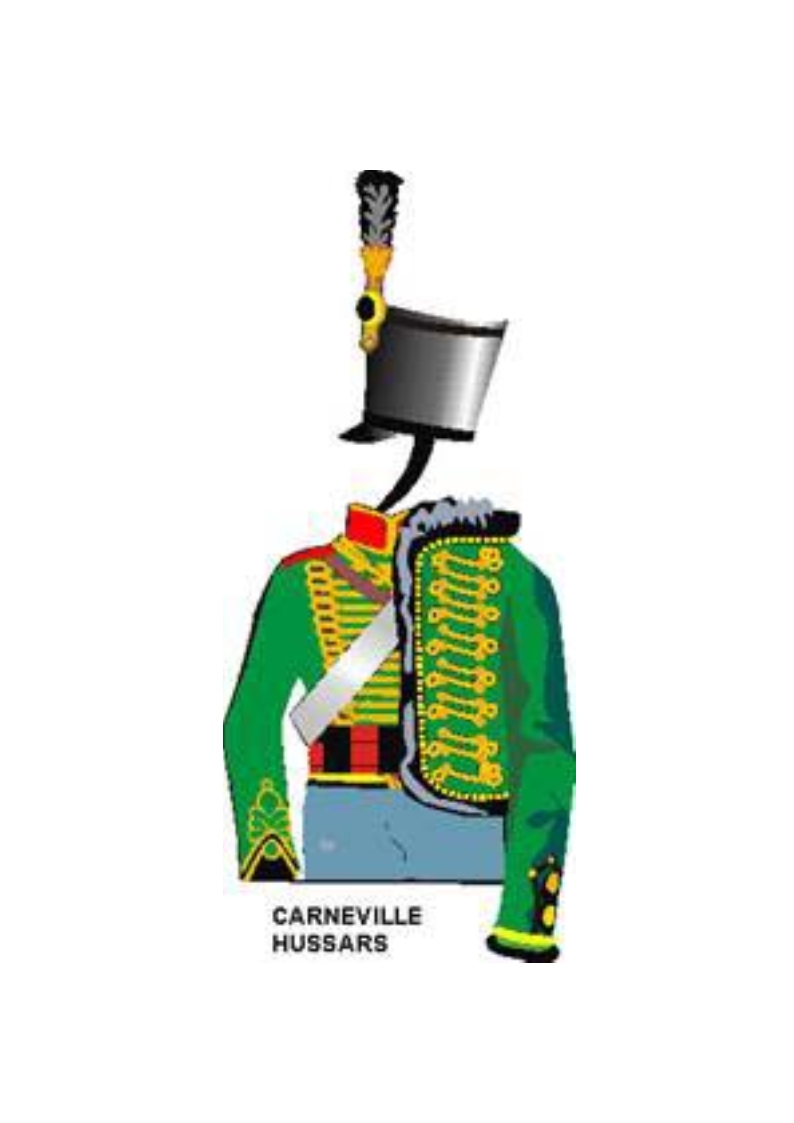 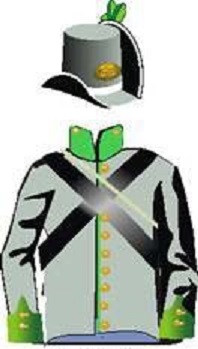 Carneville Légion The Carneville Légion was raised in 1792 in the Austrian Netherlands from French émigrés and Lowlander royalist sympathisers, by Graf Georg Simon de Carneville. In 1793 the legion consisted of two companies of light infantry, one company of jägers and two squadrons of light cavalry. Units of the legion served in Germany and Italy with some distinction and in 1798 when the freikorps were disbanded the legion was stood down and those volunteers wishing to transfer to the


regular army formed part of the 11. Leichte-Bataillonen under the command of Oberst Franz Carneville. The Husar-Schwadronen were absorbed into the Jäger zu Pferde Regiment ‘Bussy’. The remaining volunteers appear to have been put on indefinite furlough but a cadre was retained by Carneville at his own expense and were re-raised with a jäger and two infantry companies in 1805 but did not take part in the campaign of that year. In 1809 the Carneville Légion consisted of three companies but following Aspern where they took heavy casualties the jägers were merged into the infantry as sharpshooters and the legion was reformed as two short companies. Two new understrength squadrons of Freiwilliger-Huszaren were raised in 1809 and were present at Aspern-Essling. The legion was once again disbanded in 1810 but Carneville petitioned to raise a new force in 1813 for the War of Liberation although there has been no evidence found to confirm that any action was taken to recruit new units.

The primary sources of details for the uniforms of the legion are the contemporary pencil drawings and water colours by Jean Matthieau [32] and JW Schaeffer which are conflicting in some details. The infantry companies of the Carneville Légion appear to have been issued with the regulation kasket hat worn by the Austrian line infantry with a brass plate embossed with the imperial FII cipher and the semi-spherical black within yellow pompon worn at the left side, sometimes described as having a black over yellow cocks-tail feather plume above. This cap was certainly worn in 1796 according to the Schaeffer depiction. The Jäger-Kompagnie appear to have worn the black felt shako common to many Freikorps units, the front decorated with a large black within yellow cockade held with a yellow leather cockade-strap with a brass button and the pompon worn above surmounted by a black over yellow feather plume.
The coat is depicted by both artists as being of the ‘French’ style habitcoat of Gras-Grün with cut-away front and small lapels. The lapels are decorated with six brass buttons each with a yellow baton of litzen, the front edges of the coat below the lapels are depicted with or without a further five buttons on the right and laced buttonholes on the left. The tails fell to just above the rear of the knee and had double turnbacks, but no pockets are evident. The collar was upright and open at the throat and was Mohnrot, poppy-red, as were the lining of the coat and the turnbacks. Both primary artists depict the coat with black lapels, and square cut ‘German’ cuffs with a slit at the rear. The cuffs are depicted alternatively as being decorated with three vertical batons of lace with a button at the upper tip, or three horizontal laces one on the cuff and two above with butts at the rear tips. In contrast the known coloured prints by Matthieau show all facings as being red with yellow piping to the lapels and cuffs. The coat is shown worn with a single breasted waistcoat with brass buttons and tight fitting Hungarian breeches of either sky-blue or light grey with or without yellow lace Hungarian knots on the thighs and a stripe on the outer seam. In 1805 the infantry of the re-raised legion appears to have worn re-issues of the original uniforms except that all companies were now wearing the shako and by 1809 the shakos had been replaced with the 1806 pattern as worn by the Grenz Regiments and the uniformrock was as for the line infantry, although possibly surplus 1798 issue coats, and grass-green with red collar and black cuffs and turnbacks. There is some evidence to suggest that some of the older coats may still have been worn in 1809.
The infantry equipment appears to have followed the regular units, whitened leather belting and black leather pouch with the sabre carried on a waistbelt in 1792 and a shoulderbelt after 1801. The infantry companies were issued with older pattern muskets and the Jäger-Kompagnie with the shorter carbine, every third man receiving a rifle and was designated as a sharpshooter. The belting for all companies was changed to black leather sometime before 1809.
The Carneville Légion Huszaren-Schwadronen wore the same basic pattern shako as the infantry with the front decorated with a large black within yellow cockade held with a yellow leather cockade-strap with a brass button and the pompon worn above surmounted by a black over yellow feather plume. When the squadrons were re-raised in 1809 a modern hussar style shako with peak and chin-strap was issued with the same decorations. The uniform was of the same basic pattern as worn by the regular hussars, a Gras-Grün dolman and pelz with yellow lace trim and mixed yellow and black braid on the breast. Different sources give either three or five rows of ten small brass buttons. The collar was red and the pointed cuffs were black, although again these are given as red by Matthieau although his pencil drawings seem to indicate that they were black. The breeches were sky-blue with mixed yellow/black Hungarian knots on the thighs and a stripe on the outer seam and a yellow and black barrel sash was worn at the waist.
The hussars were armed with the Hungarian pattern sabre carried on a narrow light cavalry style waistbelt with a red sabretache with rounded base edge, edged with yellow lace and decorated with the crowned imperial cipher. The first rank of each squadron were armed with the lance with a black over yellow pennon. The shabraques appears to have been of the standard light cavalry pattern, red with rounded front and pointed rear corners edged with yellow lace piped yellow/black with the imperial cipher in the rear corners.
Haut 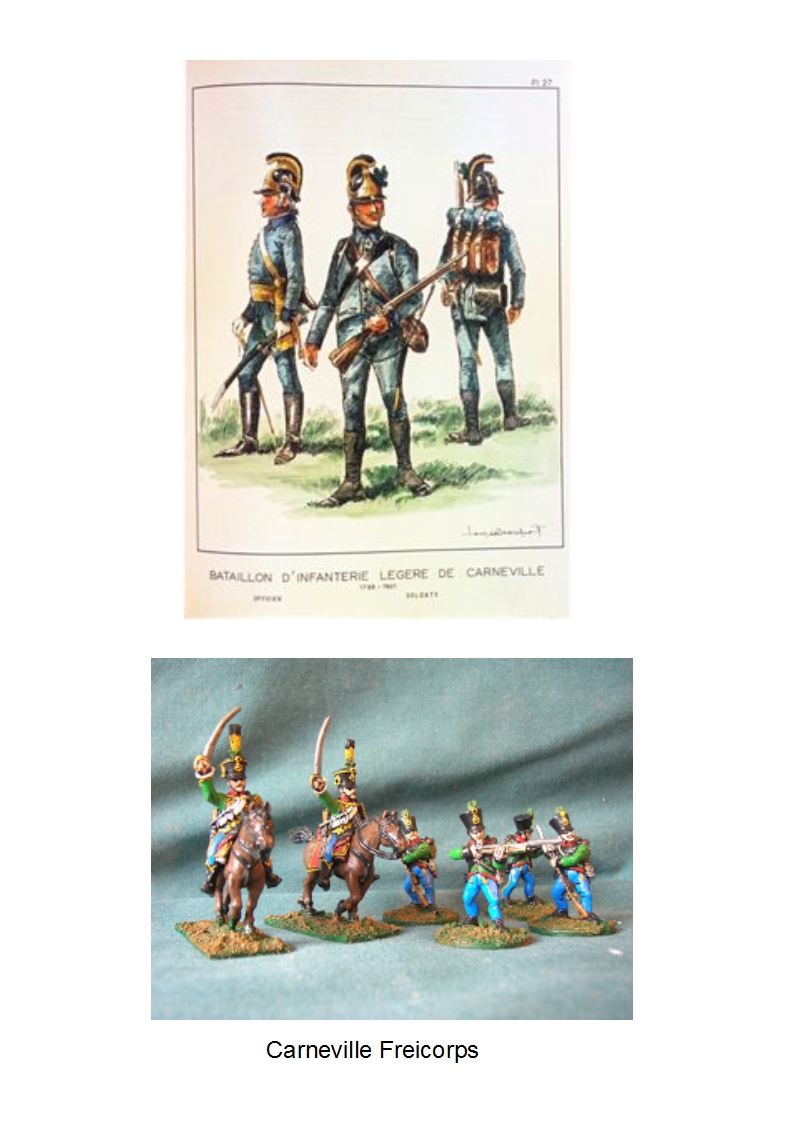 Mince plus on cherche plus on trouve! 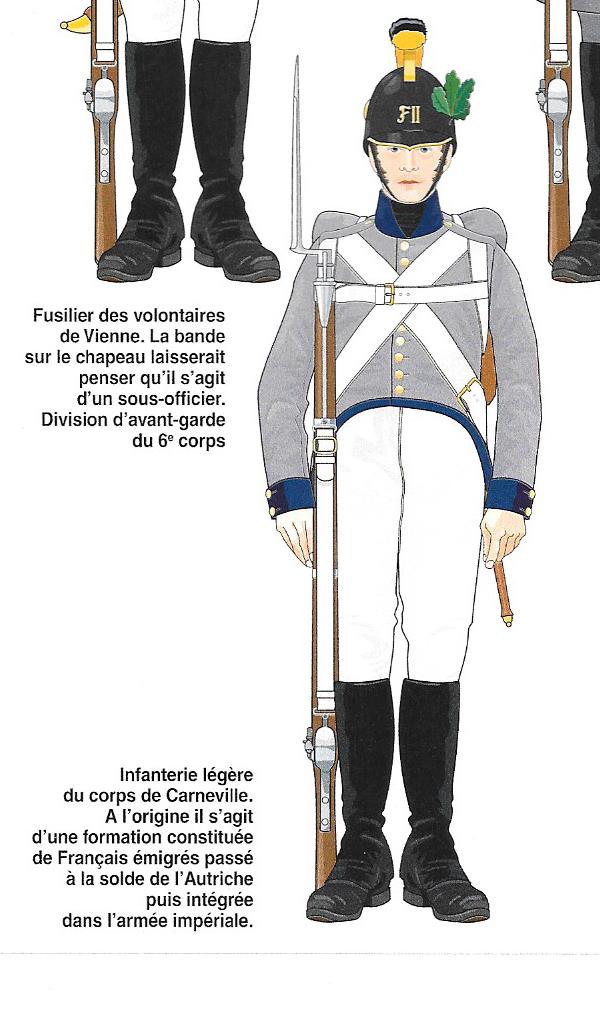